Energy Focus, a U.S. LED lighting company, announced that it has been awarded a contract valued at approximately US$3.4 million to supply tubular LED lighting products to the U.S. Navy by Defense Logistics Agency (DLA), a combat support agency in the U.S. Department of Defense with more than 26,000 civilian and military personnel throughout the world. The Company expects to deliver on the contract beginning in the second quarter of 2020 with completion expected by year-end.

LEDinside, established in 2007, provides daily updates on the global LED industry, including data, intelligence, LED adoption, prices, buyer and seller information, etc. It also provides LED industry analysis, interviews, and a comprehensive LED knowledge database. It is part of TrendForce, a global provider of market intelligence on the technology industries. TrendForce has more than 410,000 subscribers. 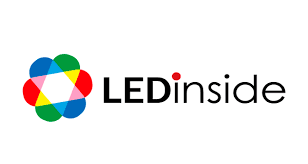